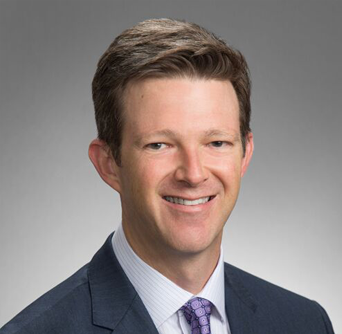 Russell graduated from SMU School of Law in 1992, where he was on the Editorial Board of the SMU Law Review Association, a member of the Barristers, Chair of the Moot Court Board and recipient of various distinctions in legal writing and advocacy. He received his accounting degree with honors from Baylor University.

Russell practiced litigation for ten years, first with a large regional firm, and ultimately with a spin-off firm that quickly grew to over 50 attorneys. Throughout his legal career, Russell was always committed to recruiting. As an associate, he chaired his firm’s associate recruiting committee. He became hiring partner of the firm, which became one of the fastest growing firms in Texas and nearly doubled in size.

His years of recruiting on the employer side led to his ultimate decision to recruit professionally. Russsell joined Prescott Legal Search in 2002 and was its company-wide leading recruiter prior to forming Newhouse + Noblin. One of Russell’s specialties is working with corporate legal departments on in-house attorney searches. He has handled searches for public and private corporations throughout the nation and earned most of his business through client referrals. He has also partnered with a number of prominent law firms to assist in their strategic growth.

I have had the unique opportunity to work with Russell Newhouse on both sides of the recruiting process. He recruited me for an attorney position at Flowserve when I was working at a large law firm, and now, as Flowserve’s General Counsel, Russell has successfully conducted several important attorney searches for my team. Newhouse + Noblin takes the time to understand your culture and business needs and will deliver strong candidates who fit with your company. Their discernment, experience, judgment, and market knowledge are outstanding.
Carey A. O’Connor Sr. Vice President, General Counsel and Corporate Secretary Flowserve Corporation